When It Hits Close To Home

When I went to the grocery store this week I was sure to look for my favorite checker, Nikhil, a young Nepalese kid with a gentle disposition and a kind smile. We always chat as he scans my groceries and I amuse him with my very limited Nepalese vocabulary. I wanted to ask about his family in light of the recent earthquake. Fortunately, he was working and reported that his family is safe. Then, he went on to express a sentiment that I had been feeling for days.

“It’s so strange to see the news on tv and to think I’ve been there. You know, things happen in other places around the world but it’s not the same as when it’s places you know.”

I couldn’t agree with him more.

When the Tsunami hit Japan in 2011, I was aware. I watched the news and saw the photos. It was an incredible tragedy and I felt for the people suffering in the wake and for the families that had lost their loved ones. But, I don’t have any personal connection to Japan or its culture. I personally only know one Japanese person. That doesn’t mean I was indifferent to their situation but I wasn’t wholeheartedly gripped by it either. I didn’t find myself wondering about the people there and how it was impacting them. I didn’t feel an ache in my bones for the loss … not just of the people but of the sacred places that were destroyed.

The images of Nepal after the earthquake, evoke the smells and sounds of the streets that are engrained in my memory after spending two remarkable months there. Having explored the majestic mountains, climbed dozens of temple stairs and roamed the busy streets … Having shared chai and laughter and connection with so many of her people … it changes everything.  Those experiences have the power to shift my heart from those people over there to my people in Nepal.

I see this photo of the destroyed Dharahara tower in Kathmandu and I remember everything about the day we visited. It was only our second day in the country and the same day we met Raj, who would end up being one of the most memorable characters in our entire travel story. He took us there and waited outside while we climbed the 213 stairs for a view of the sprawling valley below. 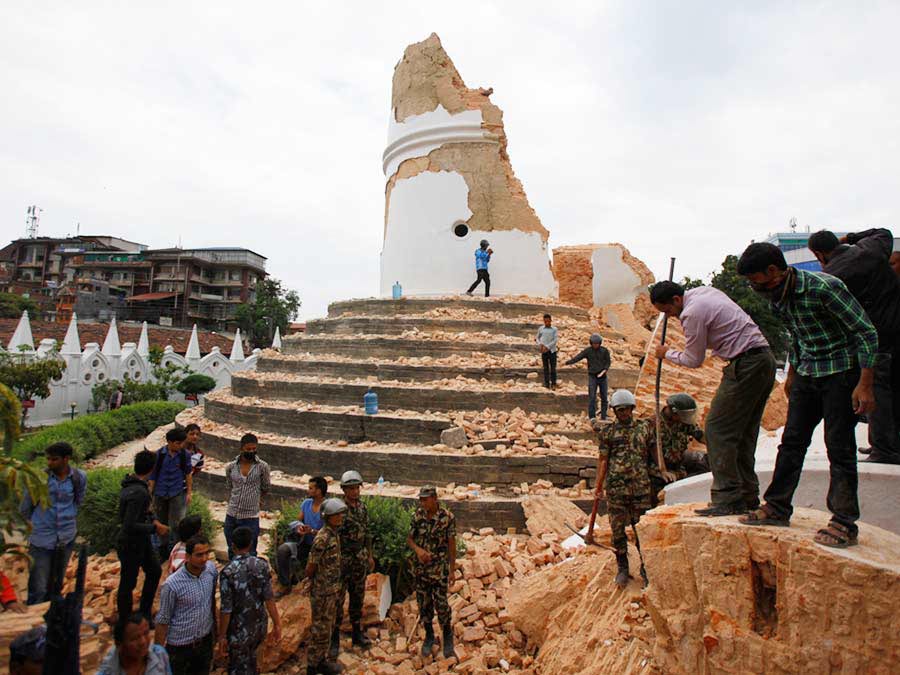 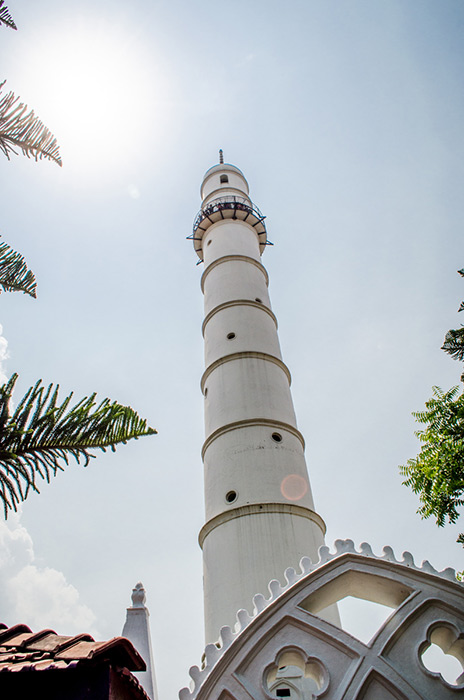 View of Kathmandu from the top of Dharahara Tower

I can’t think of being up there without remembering this man. He stopped, nodded and smiled for me to take his photo.  The deep crevices on his face told a story of grief and wisdom. It was a brief but powerful exchange. I wonder if he survived. 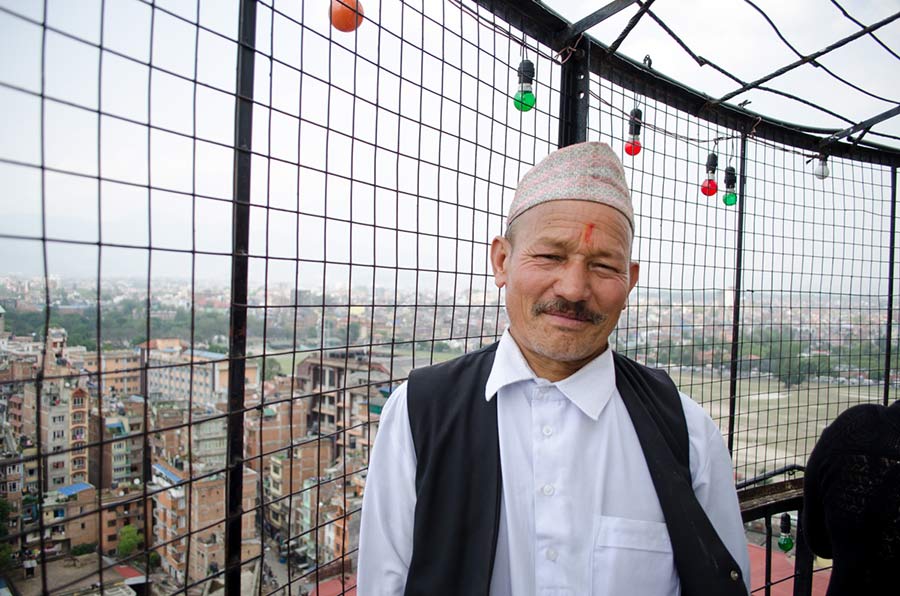 This is in the city of Bhaktapur, just outside of Kathmandu. 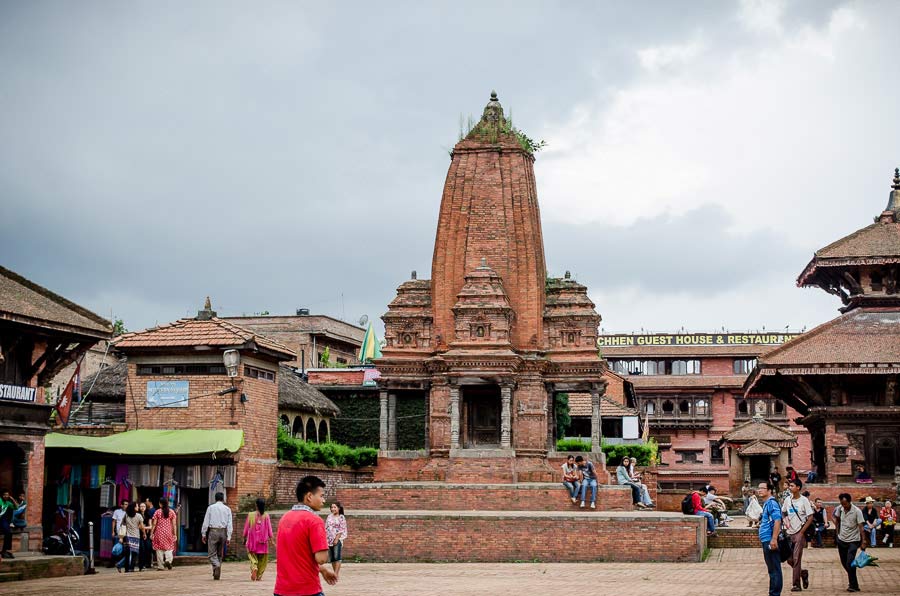 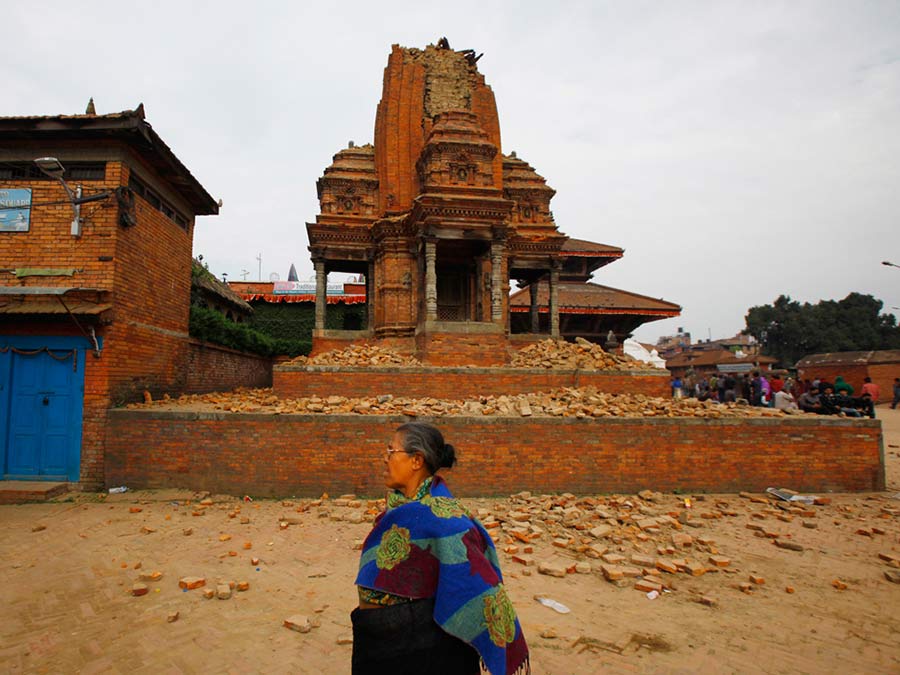 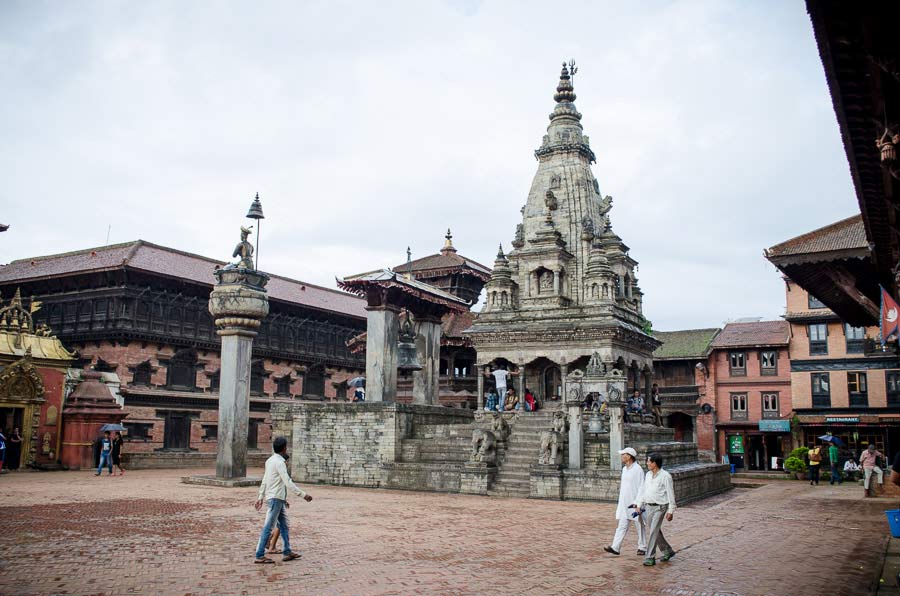 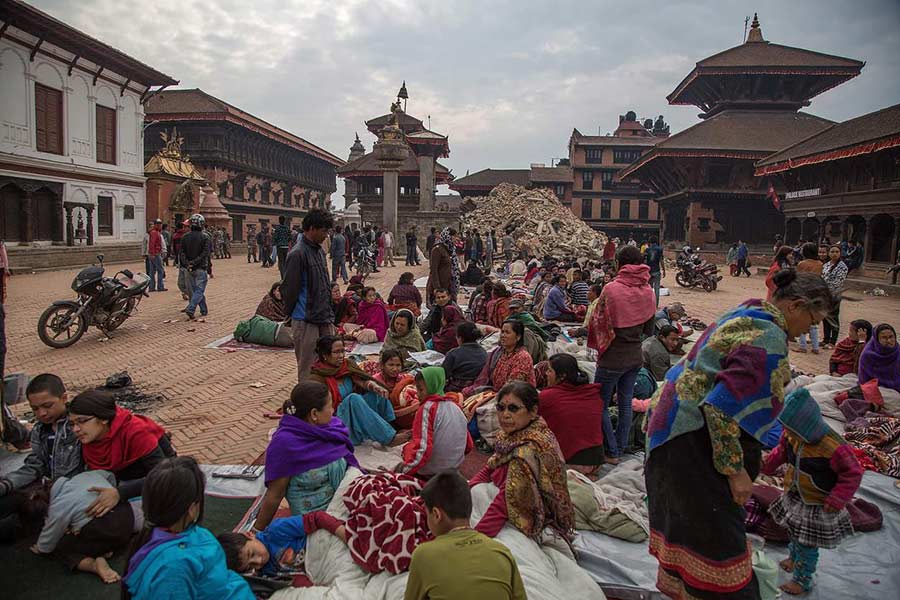 The highlight of visiting Bhaktapur was this clan of young boys that approached us in the town square and touted themselves as tour guides. They went through tough negotiations with Adrian before becoming our companions for the entire day. They took us to get chai and some famous local dessert and, of course, see the local sights. We bought them ice cream and took them to feed the fish. It was absolutely fantastic. 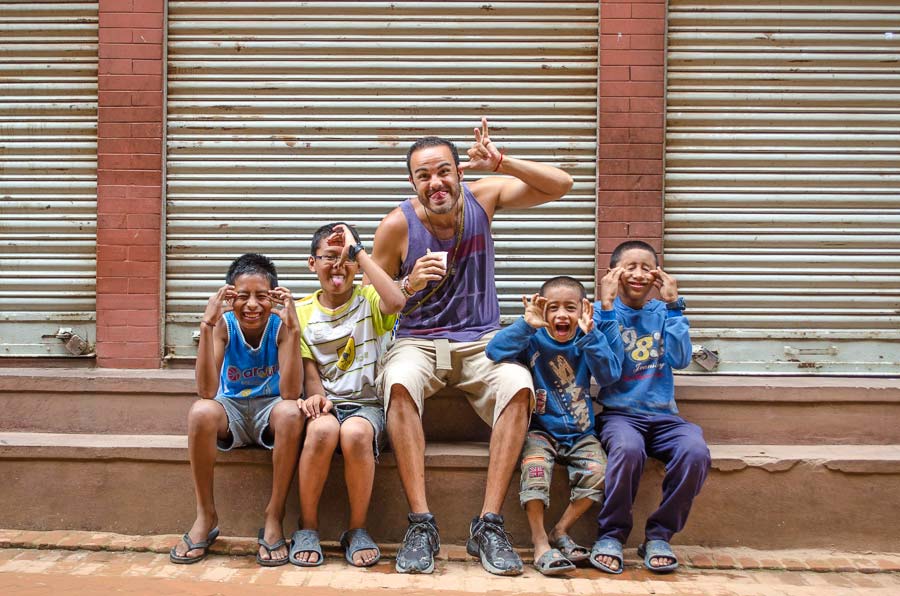 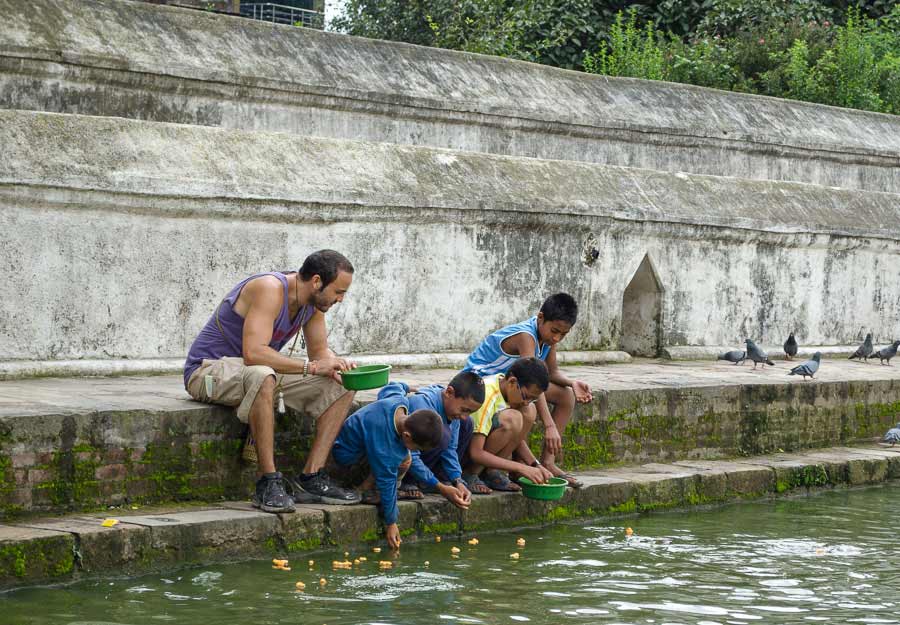 We have no way of knowing what has happened to them or their families, so I offer up little prayers and trust that life always has a way of working itself out.

What about Akal, the taxi driver we befriended and spent several days with? We’ve had friends try to call him but so far, without luck. I am holding out hope that all is well with our dear friend. 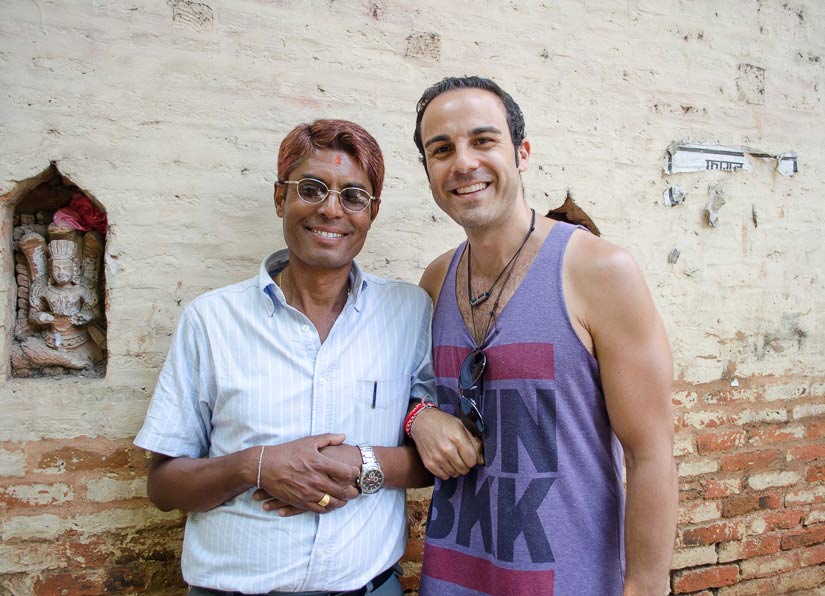 I’ve thought of this woman many times. Her little shop was  near our guesthouse and we bought water from her several times a day. Adrian flirted with her mercilessly and she clearly loved it (and him)! 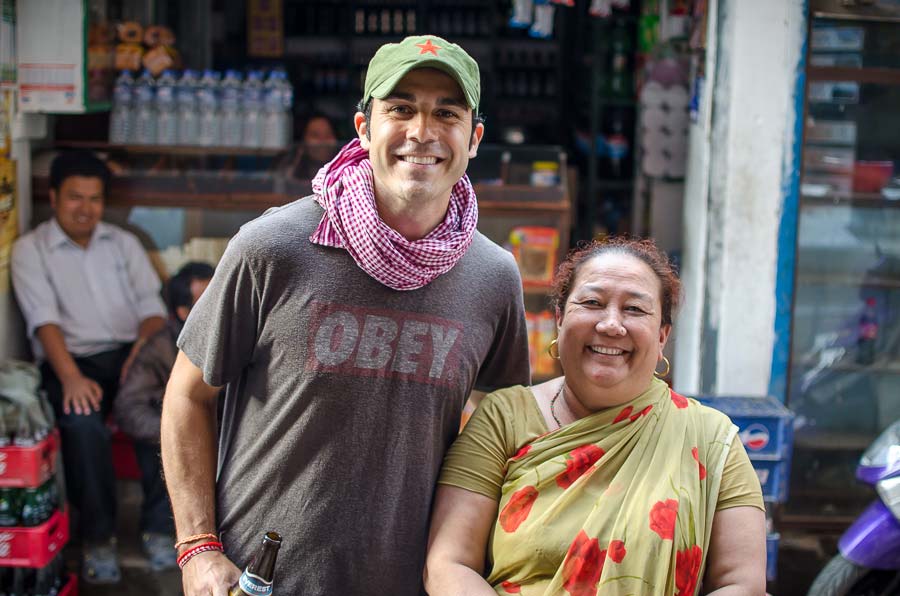 All those kids that live in tent city… I think of them too and offer up more prayers. 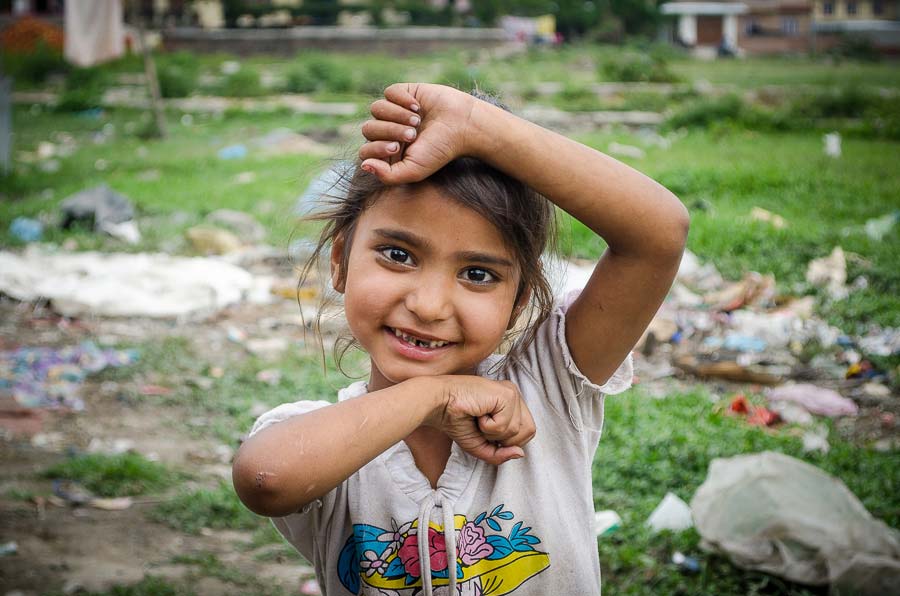 I could go on and on. Most every experience is marked by the people that we shared it with, even if those people were little more than strangers. Those shared experiences left an impression that is unforgettable. That is the true gift of travel. When you leave a place, you are not the same person you were when you arrived. You’ve left a little piece of yourself behind in exchange for what you’ve gained – the chance to be a guest and share in someone else’s world. 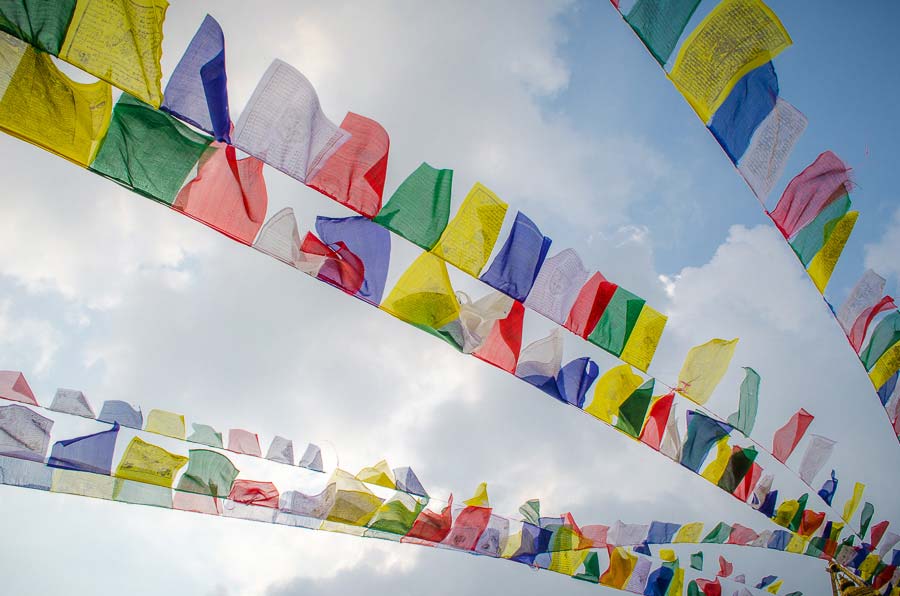 “Travel is like love, mostly because it’s a heightened state of awareness, in which we are mindful, receptive, undimmed by familiarity and ready to be transformed. That is why the best trips, like the best love affairs, never really end.”  -Pico Iyer