Lost In A Stream Of Unscheduled Days

Are you guys going to the monk thing in the morning? she asked. We’d just arrived. Greeting our friends at the corner table where they waited, we exchanged hugs, casual ‘how are yous?’ and scooched our chairs into place for dinner. What monk thing? I thought, a little confused until the realization hit me a mere nano second later. The monk thing! It just happens to be a gathering of 12,999 monks, a celebration of Buddha’s enlightenment that occurs only once a year and that once a year just happens to be tomorrow morning. We had talked about it a week earlier and had every intention to go. It’s kind of a big deal. How is it that I didn’t remember that?

Only a week earlier as I sat at the computer, fixated on a project I was hell-bent on finishing by the day’s end, I received a text message: Are you going to make it to yoga today? It was 5:30pm, class started across town at 6pm. I hadn’t taken a shower. I had yet to change out of my pajamas. I’m not sure I’d even brushed my teeth. Oh shit! Is that today? I had told my new friend that would be leading the class to expect me. How did I forget that?

It’s not like I’m forgetting things because my schedule is just so unbearably full. In fact, it’s quite the opposite. It’s nonexistent. 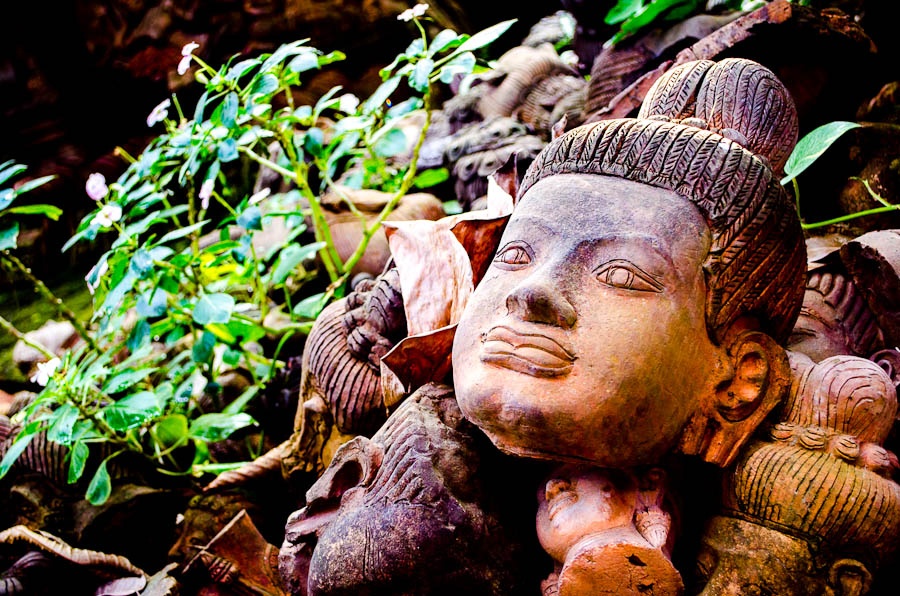 We set off on our bikes for no particular destination and happened across this
terra cotta garden filled with beautiful, moss covered pieces of art.

At least twice a week we find ourselves genuinely dumbfounded, stopping mid-conversation to ask what is today? … Um, I think it’s the 15th … Yeah? … Ok, what day? … Thursday? We stare at each other utterly perplexed until we finally manage to deduce an answer. It’s usually not a problem that I don’t know what day it is, I actually love not knowing. Sometimes I have a Wednesday that is full of I-can’t-focus-I-just-want-to-play-and-have-fun Friday energy. Some Fridays feel like Sundays, slow and easy, begging me to rest. I honor each day as it comes; however it comes.

This haphazard approach to time provides a high degree of freedom but it’s really worthless when it comes to keeping commitments. I’ve felt like a total flake on more than one occasion and honestly, I detest that feeling. And, having no commitments can at times leave you wandering aimlessly, only to realize you spent the last four hours skimming Facebook and reading articles on Elephant Journal, a seemingly unproductive use of time. 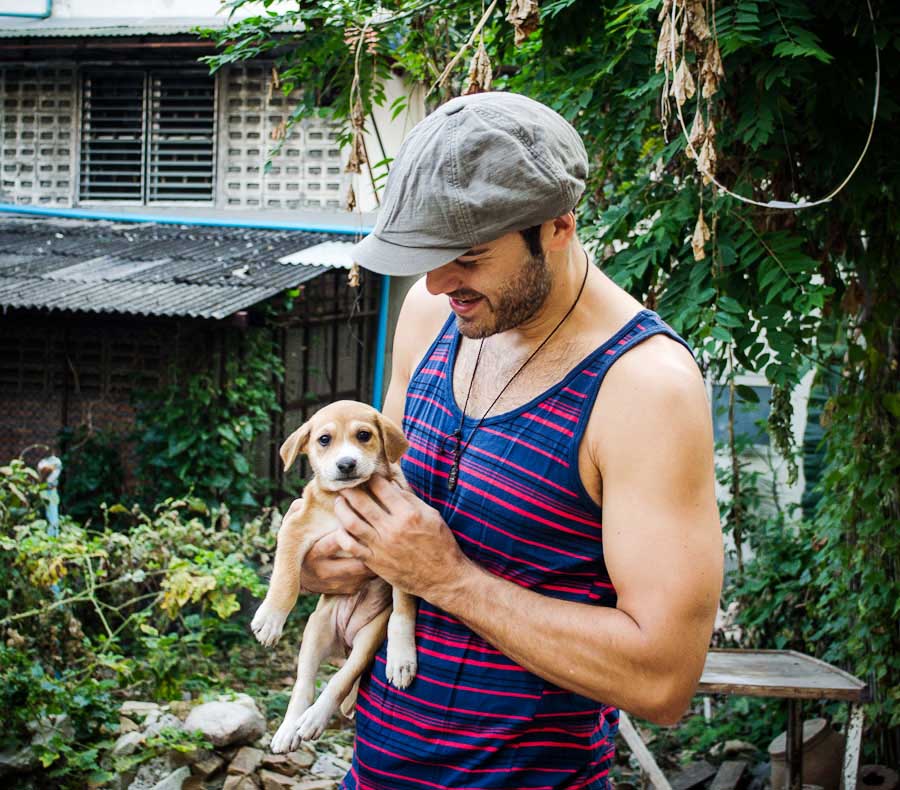 Two litters of puppies were recently born to the neighboring dogs below our apartment window. Fourteen puppies in total, making for a whole mess of cuteness. We are smitten.
We now spend slices of our day staring out the window, watching them play and romp around.

There was a period of my life when I would do more in a single day than I now attempt to do in a week. My life was compartmentalized, color-coded and segmented into perfectly organized blocks on my calendar. That calendar served as my second brain and was located on the iPhone that constituted my life. I scheduled everything and given the number of various things I was juggling, it was the only logical way. My reminder alarm would beep to prompt me for the simplest tasks: call mom back. Having it always in my possession meant never missing a thing. But being out of the country, that phone is rendered useless and has found a new permanent home in the portable speakers where it acts as our jukebox. Just as well, I have no need for it. I’m not very interested in being productive.

Undoubtedly, that will change. At some point, I’ll be inspired by a project or undertaking where the completion will require a plan, some actions and a calendar to hold it all. For now, I’ll enjoy getting lost in the days and rely on my newly developed but not so sophisticated system of post-it notes to keep myself in line. 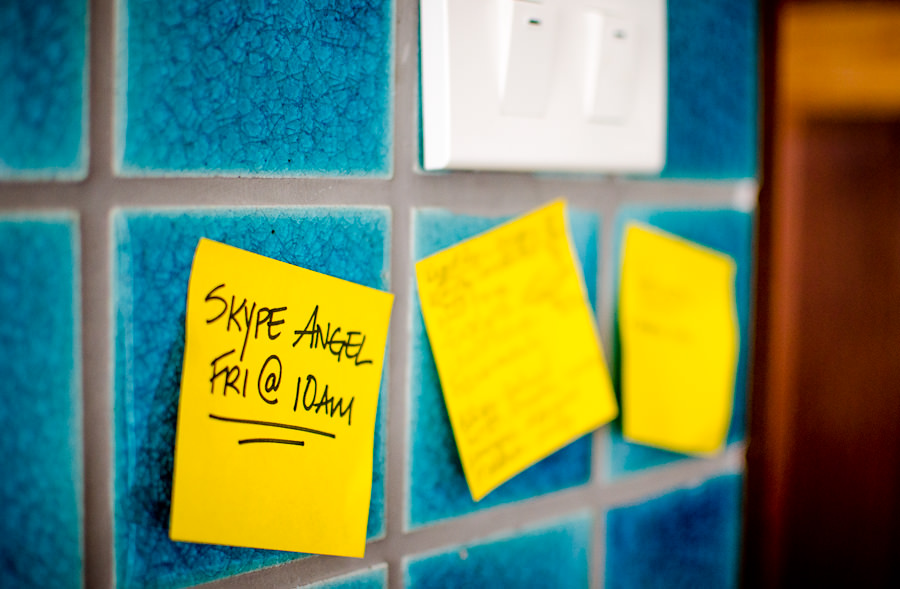 About the Author
Ashlie was born in Big Spring, Texas and has claimed Dallas as her home for the last 10 years. A life long love of travel, a healthy dose of curiosity and a desire to discover other worlds has set her off on the adventure of a lifetime. She takes with her a passion for photography and a commitment to make a difference wherever she goes.
Social Share
6 Comments