India: Where The Magic Happens

You don’t come to India to be comfortable. We knew that before we ever arrived. Everyone knows it. The name India is synonymous with chaos and all the things you’ve heard about it are true.

It’s obnoxiously loud. Horns constantly blare from the streets and every other building seems to be under some form of construction so saws are sawing and hammers are hammering. Windows on the bus squeak open like nails on a chalk board, phones continuously ring unanswered and the woman mopping the floor drags the metal chairs across the tile sending clanging sounds echoing throughout the dining room. If the dogs aren’t barking the roosters are crowing. There isn’t a moment of silence. Ever. The Indian people seem to be completely immune. 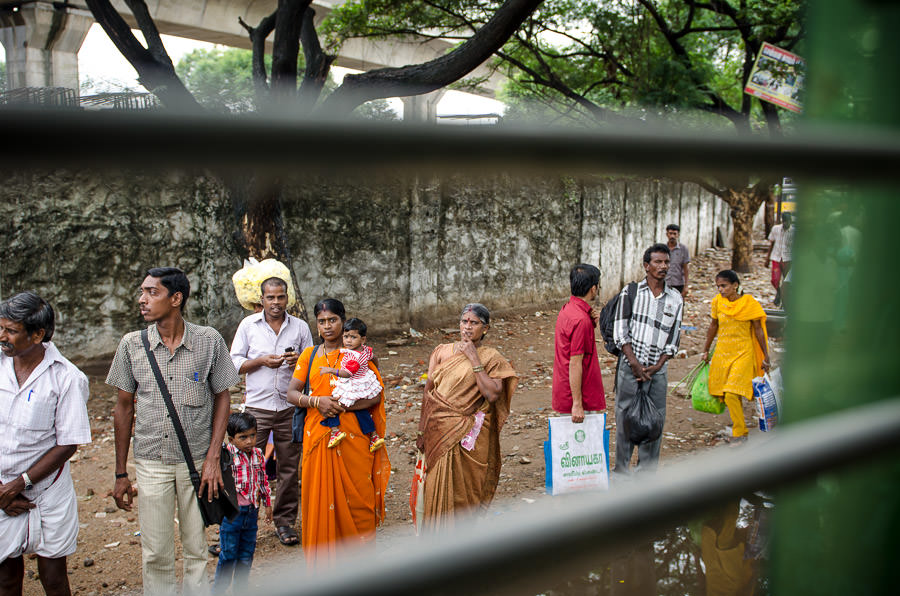 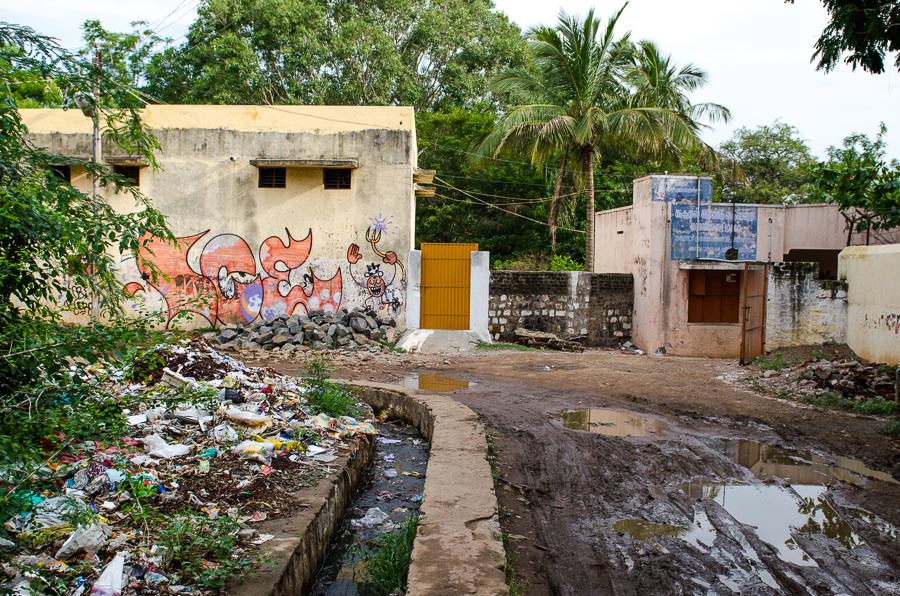 It’s unbelievably dirty. Trash litters every roadside and floats atop every body of water. When someone finishes their chai tea they simply toss the cup at their feet and carry on. You won’t walk more than five minutes down the street without seeing a man urinating into a ditch or a cow taking a dump wherever they stand. When it rains the roads flood and people are forced to wade through the murky, urine drenched water to reach their destinations. When the rain subsides sloshy mud pits remain. At times the water coming out of the bathroom facet smells so staunchly that you have to step outside of it to brush your teeth without gagging.

There are a plethora of colors, textures and smells. Temples jut into the sky with bright colors and shapes while every flat surface below is plastered with bills. Walk the length of a city block and you’ll take in the aroma of fried roti and spices, cow shit, dirt, incense, gasoline and one of the most pungent and gut wrenching smells of human sewage you could ever imagine. 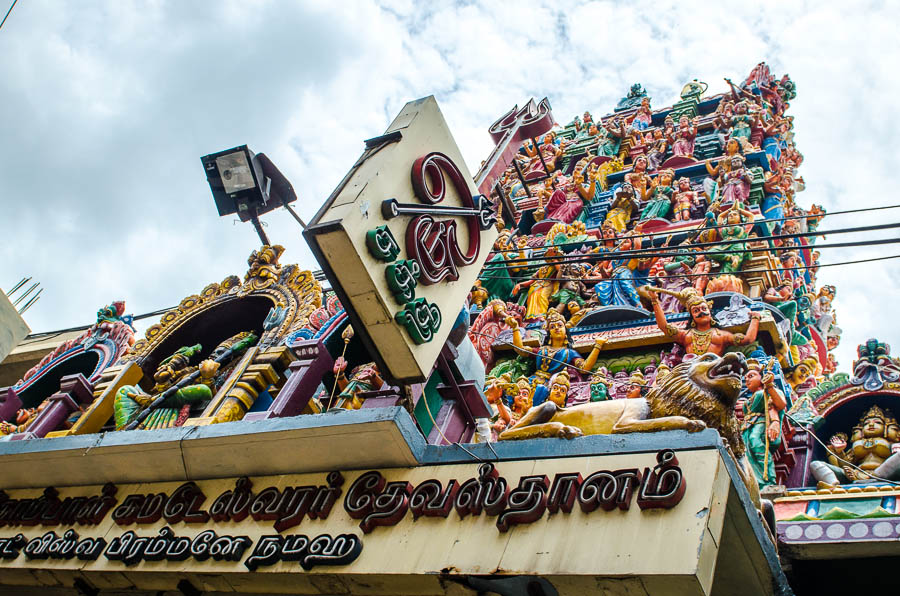 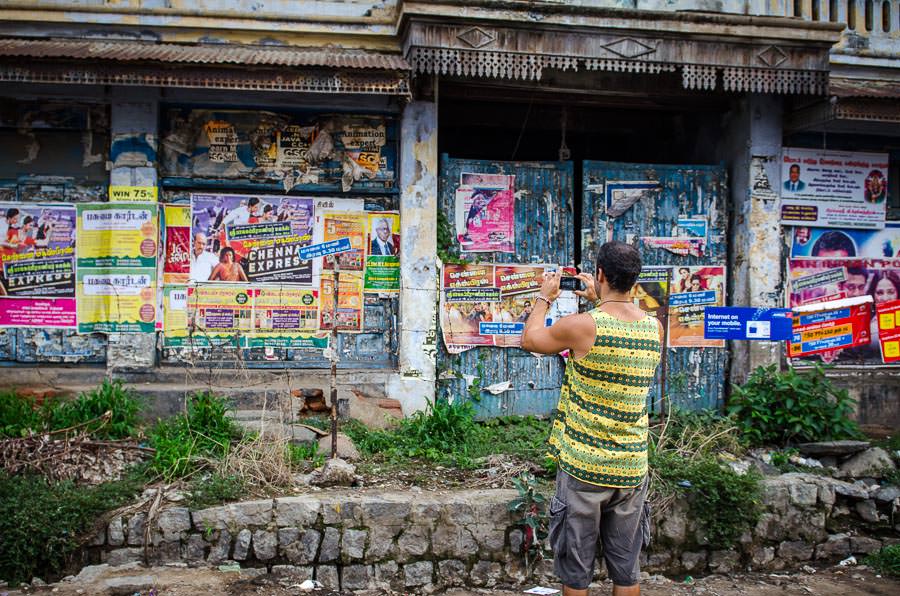 With a population of 1.2 billion people, it’s crowded, and this culture’s relationship to personal space is clearly dictated by the very lack of it. Motorbikes weave through heavily trafficked streets, squeezing between rickshaws and pedestrians with mere inches to spare. If you leave the slightest gap between you and the guy in front of you in line, someone will view it as an invitation to step in. Get in where you fit in is the name of the game. People will peer over your shoulder to see what you are reading, demand that you give them a tip or some water or whatever else they want, and they will definitely, without question, stare at you. 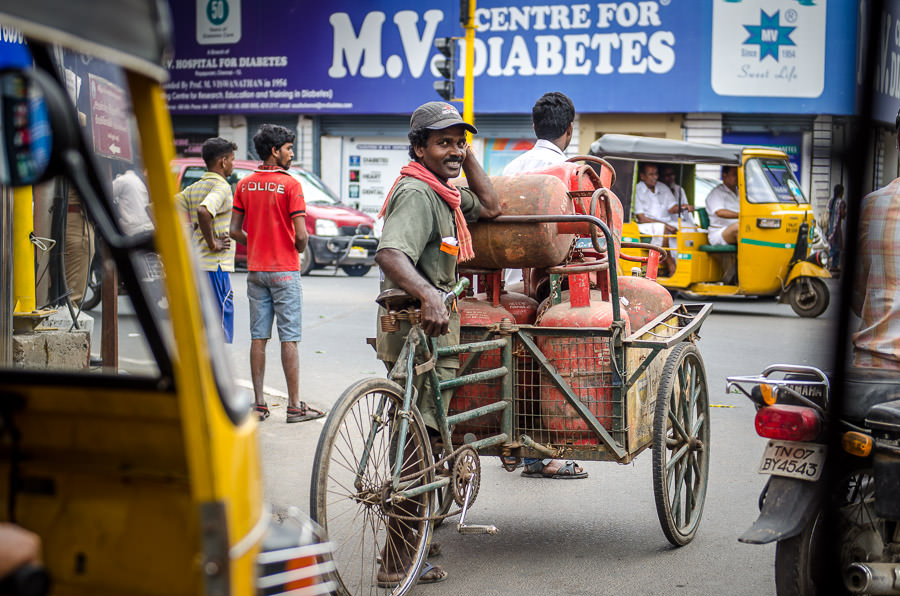 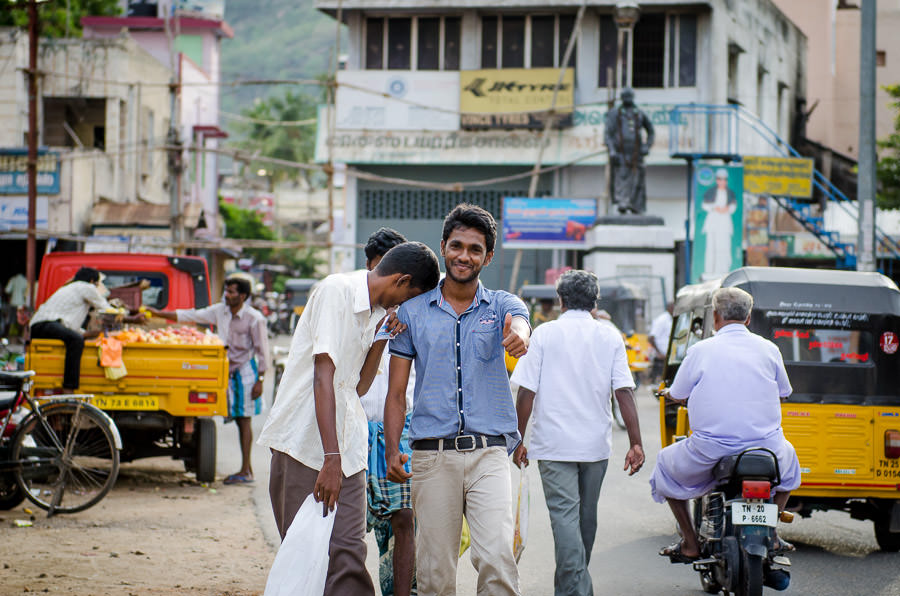 It’s an all out assault on your senses. And it never stops.

We’ve been in India less than a week and it’s clear that the world operates on it’s own terms here and nothing can be taken at face value. In perfect Exotic Marigold fashion the woman behind the hotel counter will insist there is hot water when just twenty minutes earlier you stood naked in the bathroom, running buckets of water until you finally resigned to a cold rinse. A rickshaw driver will insist you get in, that he knows where he is going only to stop along the way and ask for directions. No problem except that he now expects you to pay double the agreed upon amount because he went out of the way and it’s further than he thought. The salesman will smile and tell you it’ll be ready in ten minutes, come back then. When you return forty minutes later, he’ll smile (with a charming wobble of the head) and tell you it’ll be ready in ten minutes.

It’s maddening. And I’m not complaining. I’m simply attempting to articulate all the ways that India is making me uncomfortable. (Side note: There are plenty of ways that India fascinates and delights me but that’s not what I’m talking about here. More on that next time.) 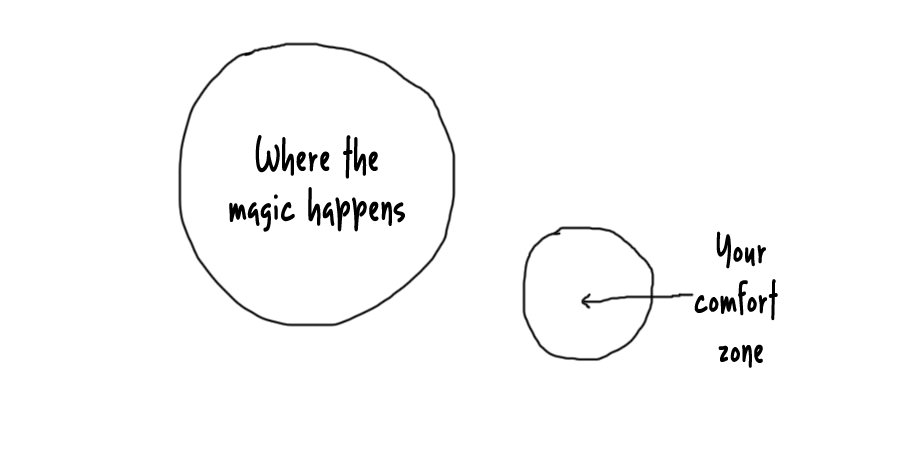 It comes across the Facebook feed on occasion and people give it quick Likes as if to say Yes, it’s true, the magic is outside your comfort zone! I’ve thought of this graphic on several very uncomfortable occasions. Am I just missing the magic or what? Because right now this just feels irritating.

But there is something about it that propels me to quickly click Like too, something that speaks a bit of truth I can relate to, and even now in my discomfort, I can sense the promise of magic on the horizon. I catch it in glimpses between bus horns and lingering stares. In the moments that so completely boggle my mind that I burst into hysterical laughter and am swallowed by the whole notion that it’s all so very meaningless.

India is reliably unreliable and I have a hunch that in there lies her magic. Her gift to give me might just be the nudge I need to surrender to the things I cannot control, however uncomfortable that might be. 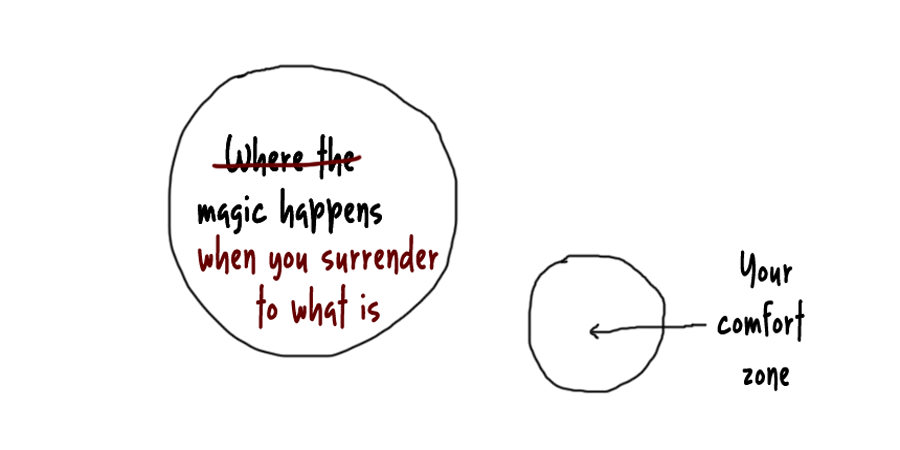 About the Author
Ashlie was born in Big Spring, Texas and has claimed Dallas as her home for the last 10 years. A life long love of travel, a healthy dose of curiosity and a desire to discover other worlds has set her off on the adventure of a lifetime. She takes with her a passion for photography and a commitment to make a difference wherever she goes.
Social Share
16 Comments