The early morning winds were strong and uncomfortably cold. Mid-morning’s even stronger, humid and hot. The surgical mask helped fend off the dust, ashes and sand, but it also boomeranged my dry, warm breath back onto my face. The sand and pebbles repeatedly spilled into my socks and shoes. After the sun rose and the heat filled the air, the sweat beading up all over my body only assured that more of the pelting sand would cling to it. At one point Ashlie and her bum knee hit a wall. She asked that I go on without her. “Tomorrow you will regret that you didn’t go up”. And that’s all it took. She was right back behind me – slowly drudging one foot in front of the next, up and into the deep, thick sand.

Exploding once again as recently as January of 2011, Gunung Bromo or Mount Bromo is a highly active volcano in Eastern Java, Indonesia. Boldly postured at 2,329 meters (7,641 ft.), the volcano and scenery that unfolded in front of our eyes was unforgettable. Sunlight gradually emerged as darkness shifted to daylight. All the peaceful ‘wows!’ and whispers ceased, quickly replaced by the hundreds of camera clicks. Once the thin layer of clouds began to calmly disappear from the skyline beneath, there she was. What we all had come for. The unveiling of the magnificent Mount Bromo. 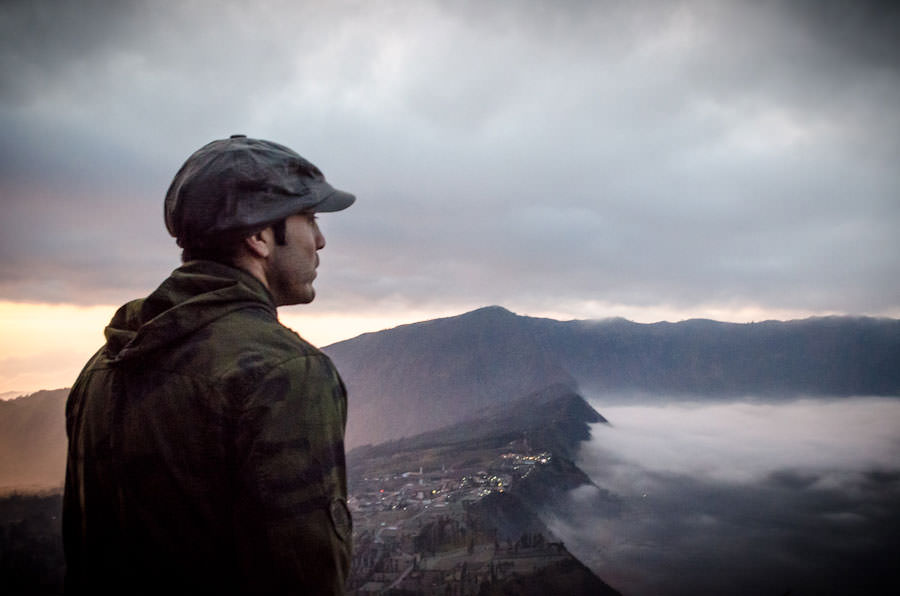 Standing at the lookout point in the black of night when we arrived, we had no idea the scenery our surroundings would reveal once the lights dimly lit. 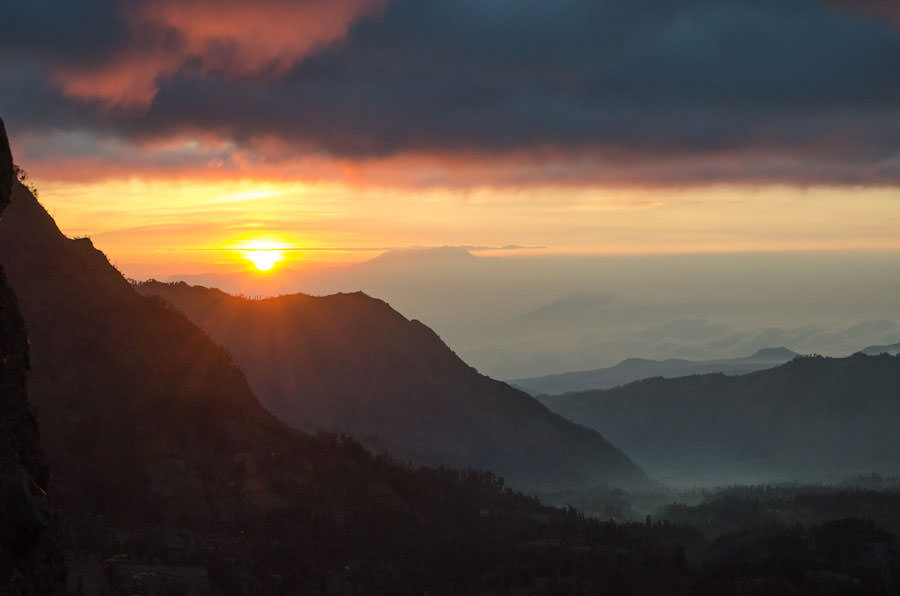 The coldest wind and air we’d felt in 3 months. That big orange ball could not rise fast enough. 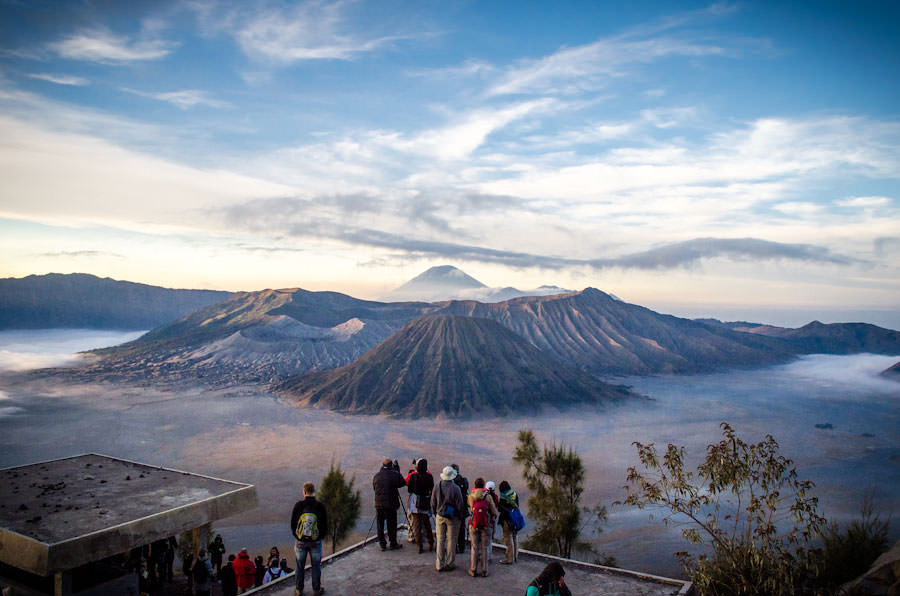 I’d never seen anything quite like it. We were all vying for the best shot of nature’s gladiator, quietly doing our best not to disturb the resting phenomenon. 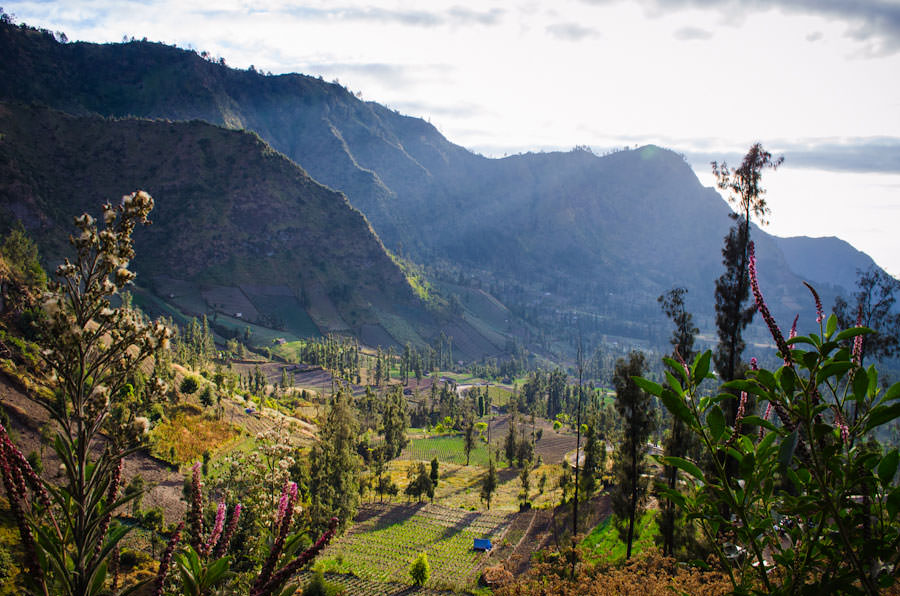 And just behind us, the lush and emerald colored valley that a half dozen villages call home. 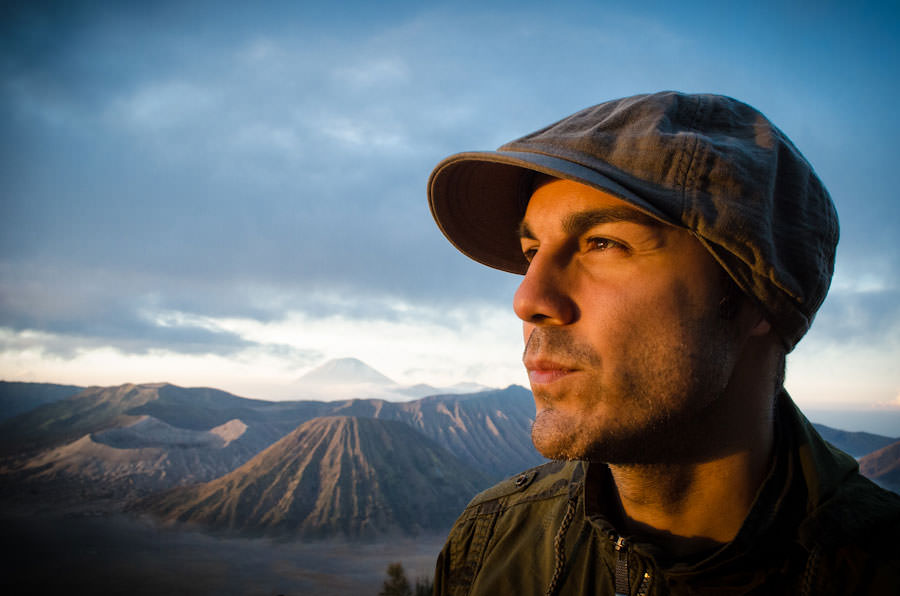 That feeling when the warm sun hits your face and slowly begins to thaw the rest of your body. 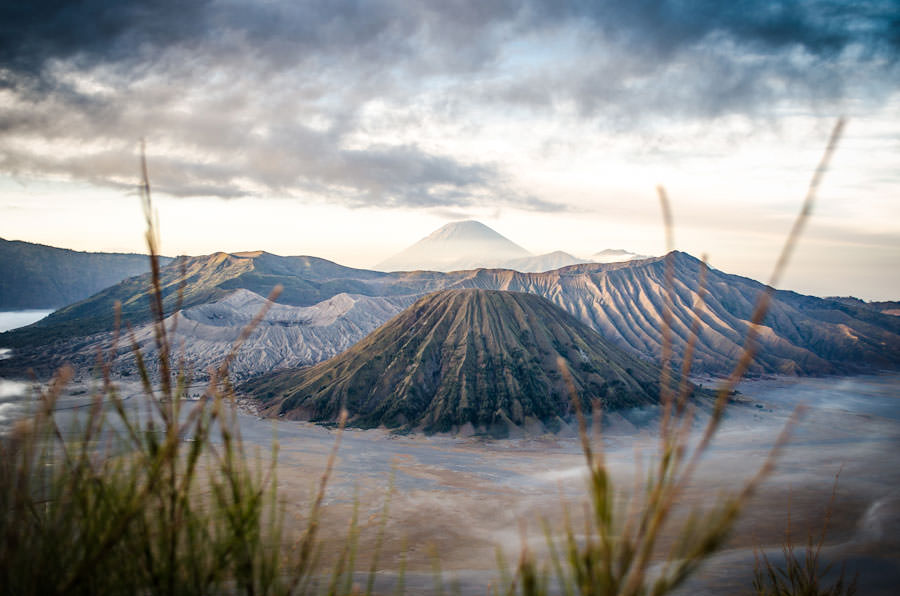 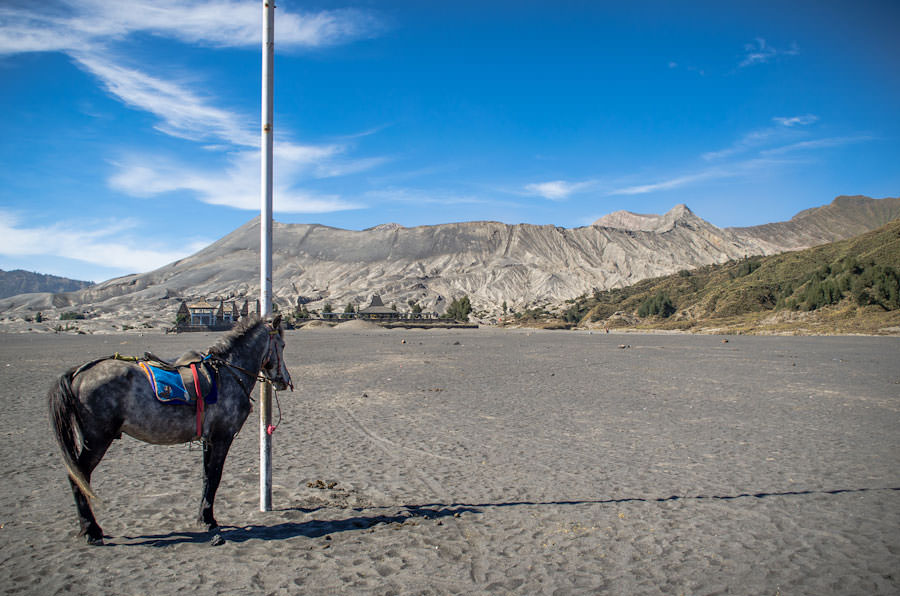 Next, the hike up the actual volcano. Horses are used to help the many who can’t, or chose not to, make it up themselves. 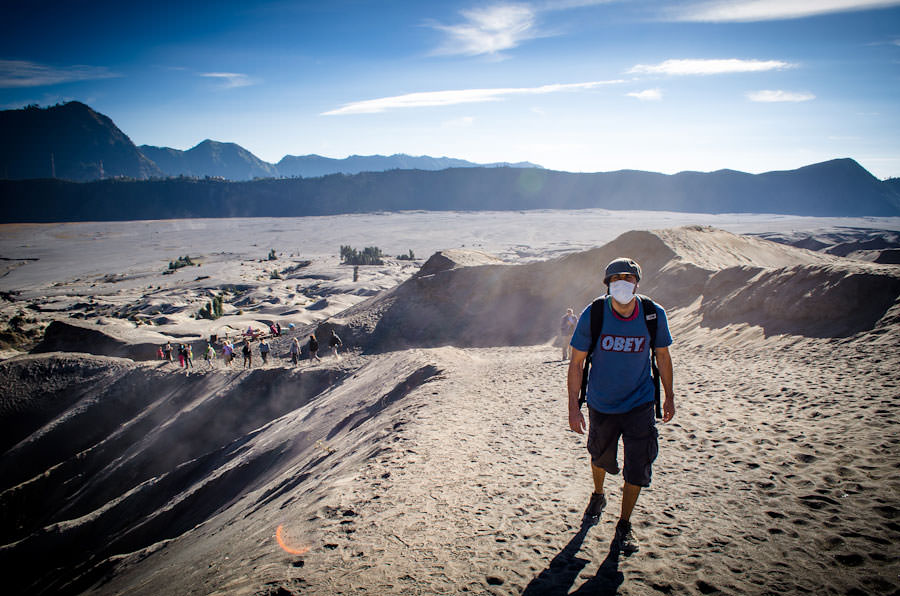 The plumes of sand particles were constantly being blown around. No mask, even for a split second, equalled a mouthful of grit. 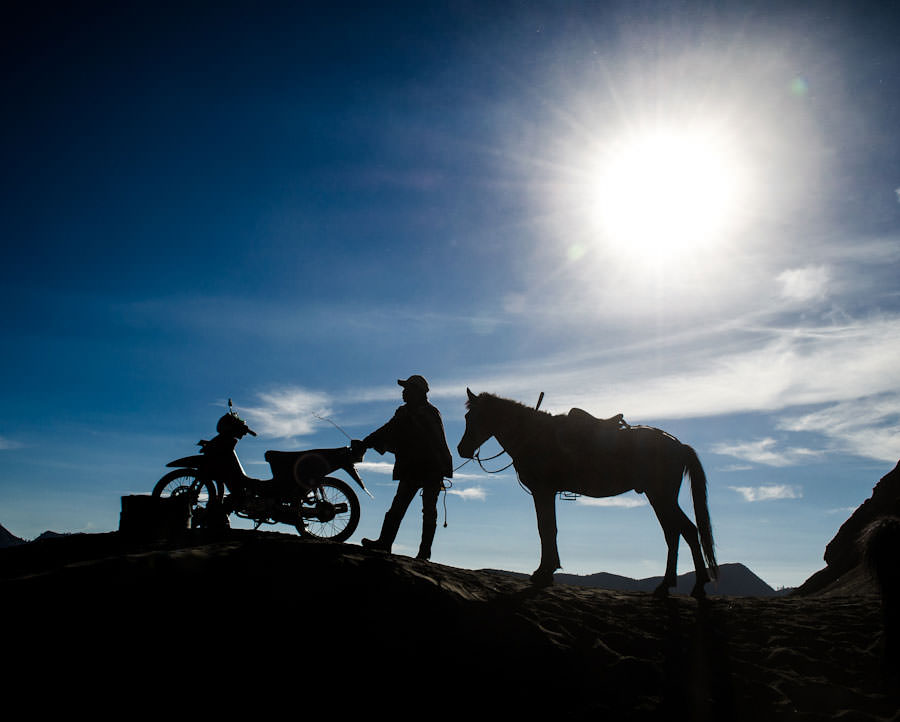 His job is transportation. Parked high enough to avoid the sheets of sand. 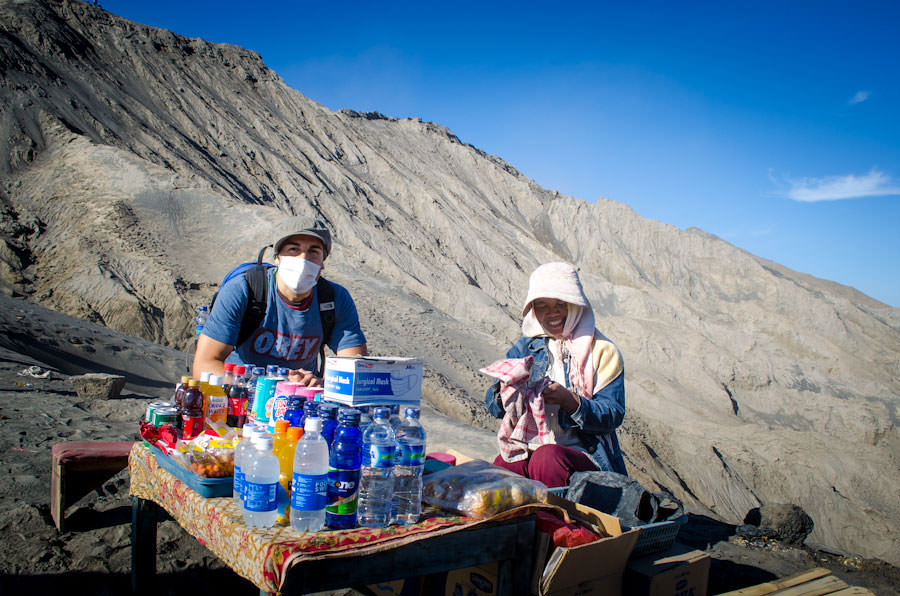 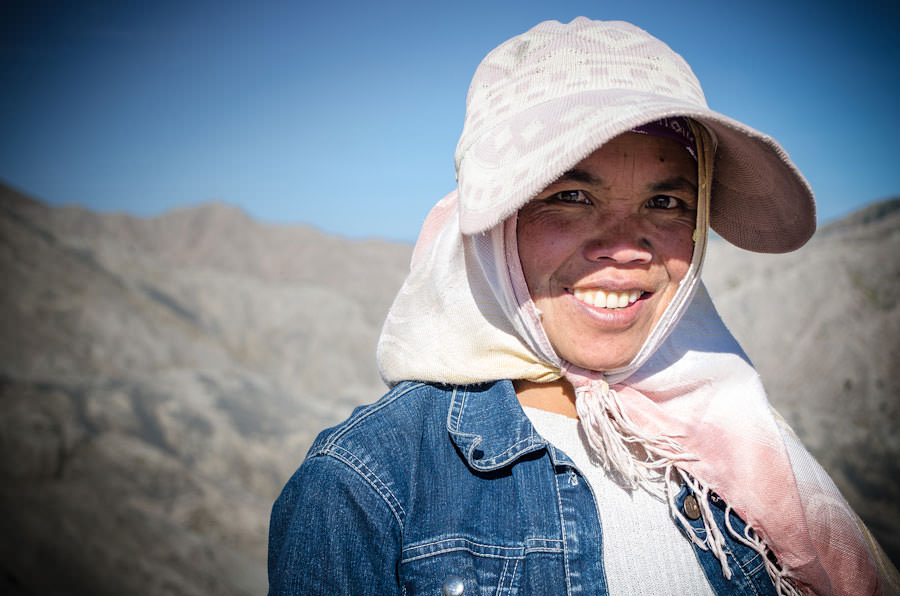 Battling the cold, heat, wind and sand, she’s here today, tomorrow and yesterday. All year long. We were very endeared by her smile and way. 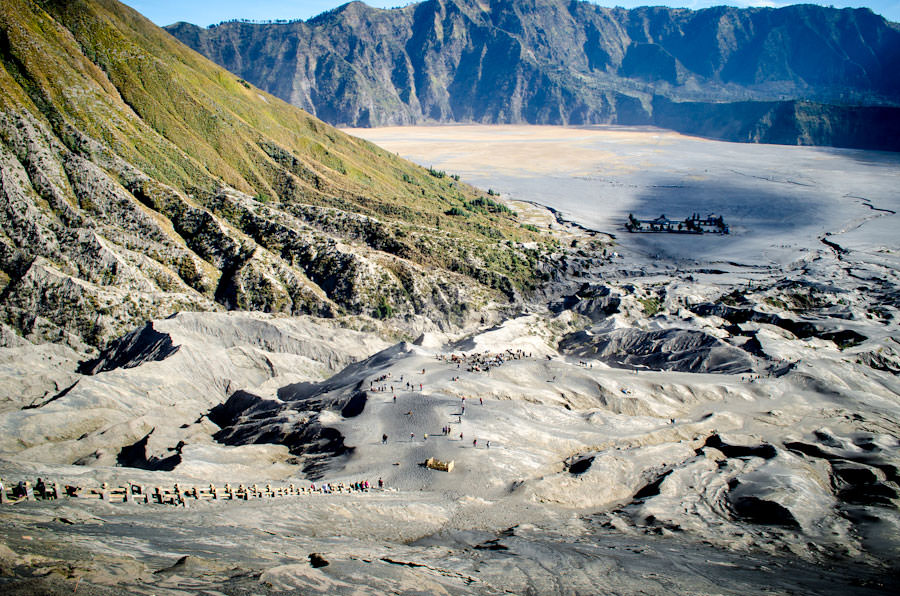 The one cloud in the sky casts its shadow upon the base camp. While we begin the incline of 300 sloshy stairs. 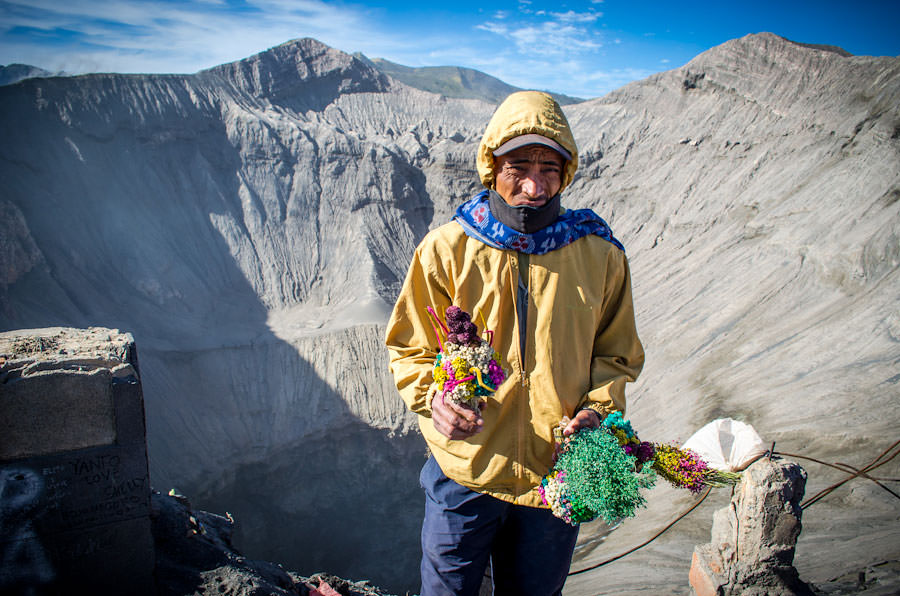 A local villager selling bunches of flowers which are used as sacrificial offerings once thrown into the belly of Bromo. 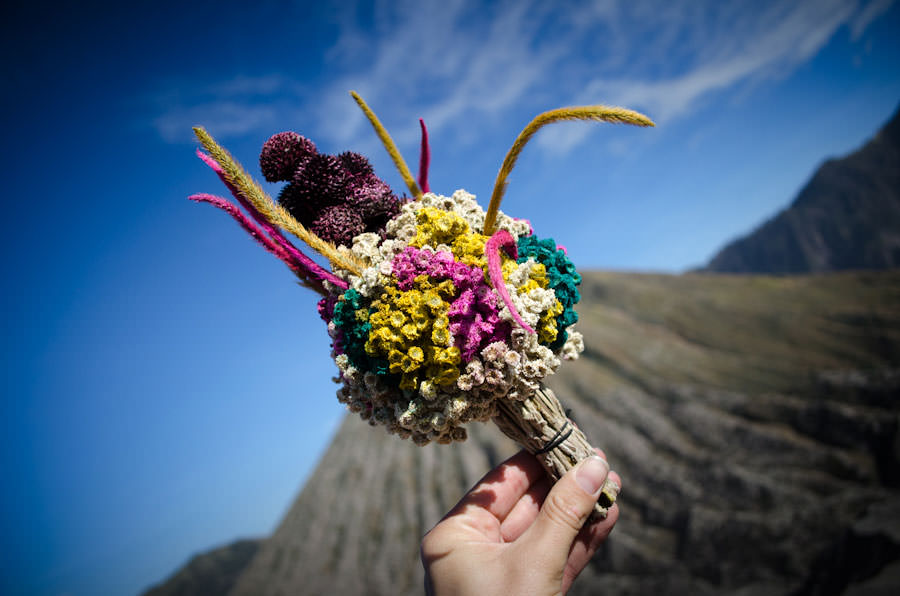 Loaded with well wishes and farewells. 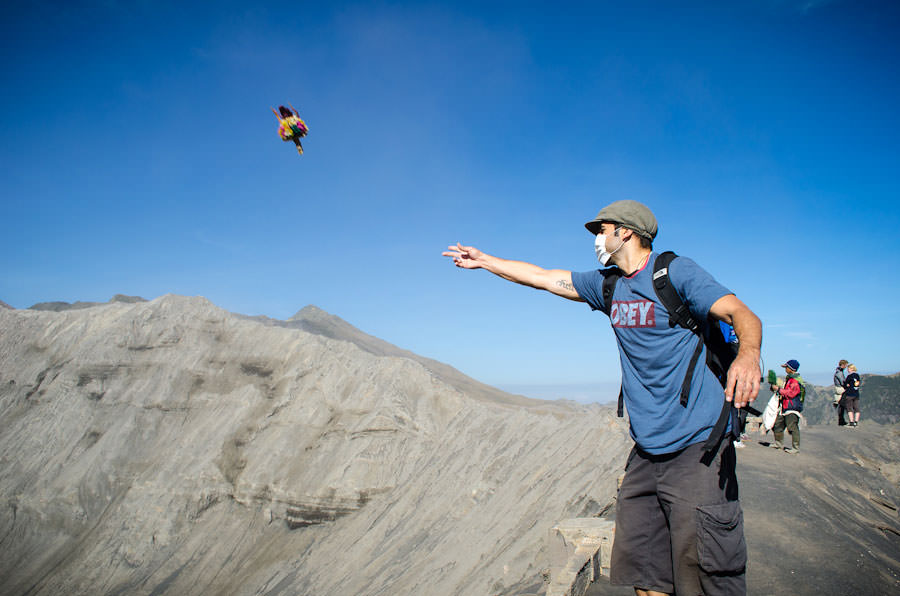 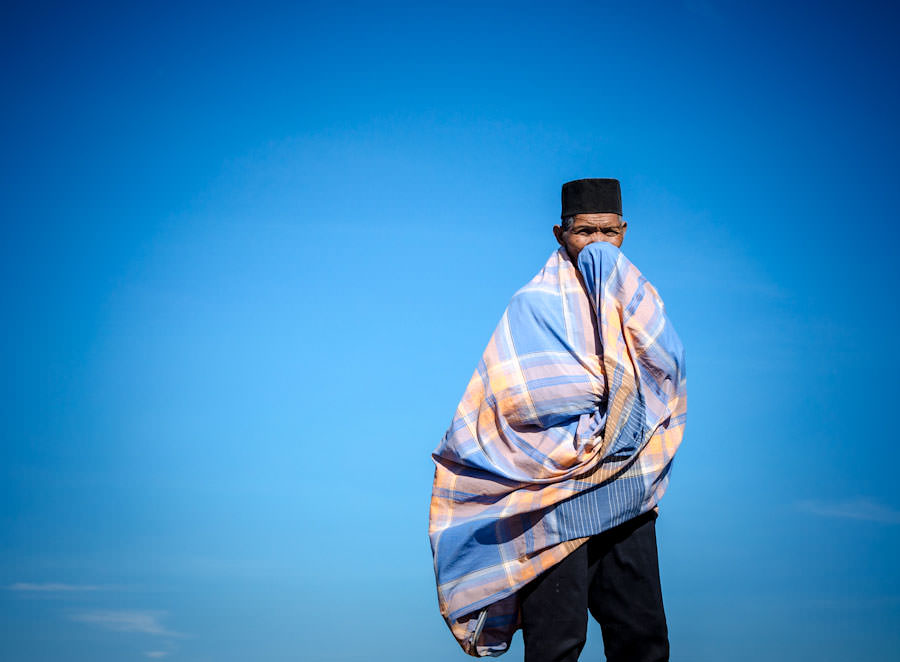 Local Muslim man safe guarding himself from the winds atop Mount Bromo. 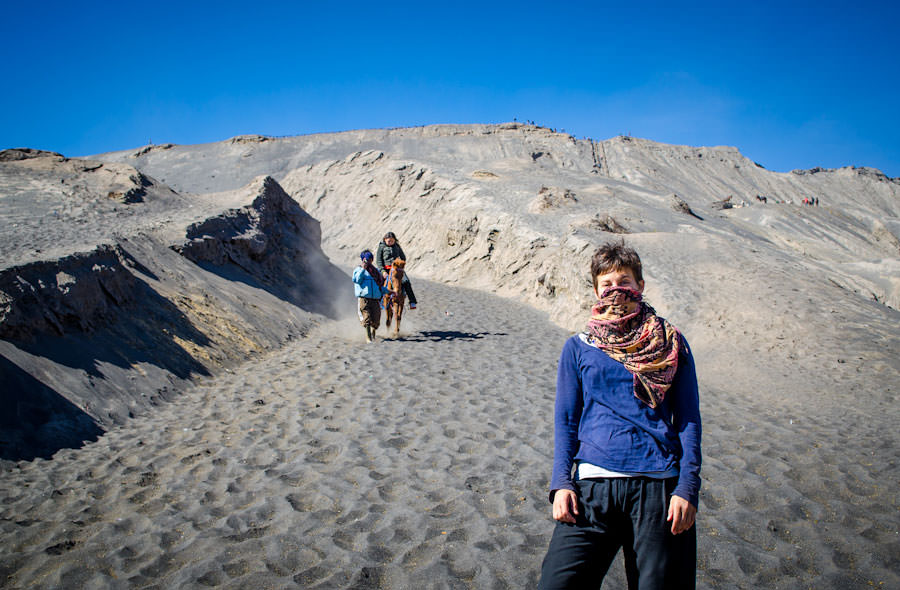 The sore knee slowed her a hair, but the mission accepted and complete. She’s a trooper. 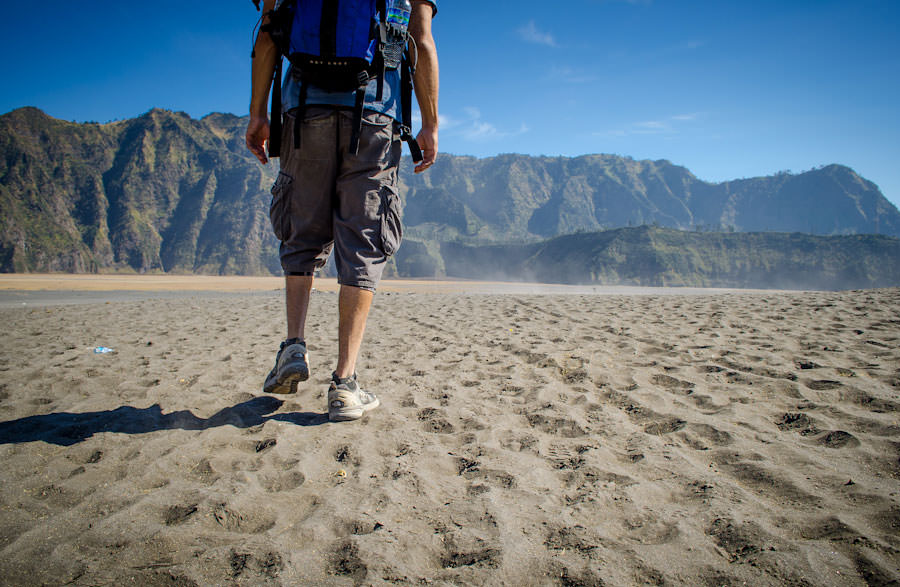 Dipped, rolled and caked in sand, we head home for the best hot shower – ever.