Image Of The Day: The White Building 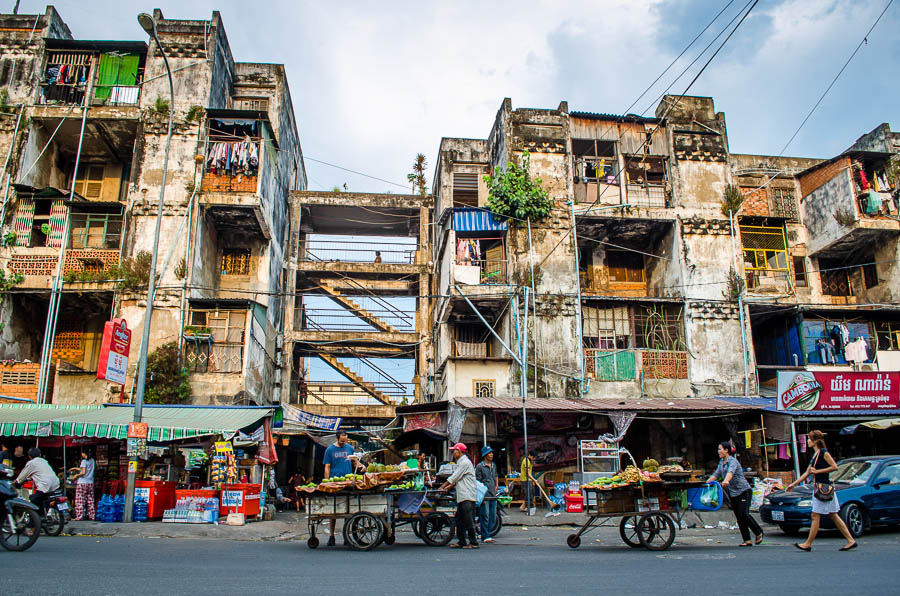 I am mesmerized by this building. It’s teeming with life – raw, dirty, unfair life, but an evening walk down the alleyway proves that there is joy and beauty residing here too.

During the rule of the Khmer Rouge (1975 to 1979), the entire city was forced to evacuate and the landscape of the city was forever changed. When the Pol Pot regime ended and inhabitants moved back to the city, this building became home to the surviving artists, particularly street performers. In recent years it has come under threat of destruction as foreign companies have shown interest in the prime real estate location. There is no doubt that The White Building’s days are numbered. Today it hosts approximately two thousand five hundred people: entire families of multiple generations, shop owners, and war survivors among whom are drug addicts, gamblers and prostitutes, all living together in this microcosm that is Phnom Penh’s most notorious slum.

About the Author
Ashlie was born in Big Spring, Texas and has claimed Dallas as her home for the last 10 years. A life long love of travel, a healthy dose of curiosity and a desire to discover other worlds has set her off on the adventure of a lifetime. She takes with her a passion for photography and a commitment to make a difference wherever she goes.
Social Share